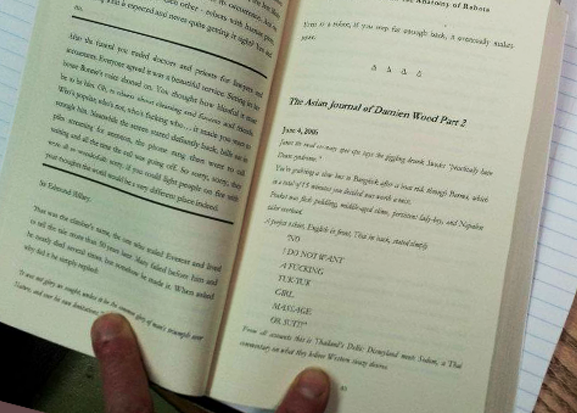 On the Anatomy of Robots

Damien Wood’s path to adulthood in the last decade of the 20th century is marked with effortless success-creative, financial, sexual. Yet his half-Asian lineage with its inherent cultural clashes is coupled with the inability to be touched by feelings or the people around him. Damien’s efforts to reach his inner self take him from place to place and one hollow relationship to another, but he remains stuck outside of his experiences, a robot convincingly playing the role of daredevil artist and globetrotter.

Then, the century turns. As Damien’s mother dies after a long and agonizing illness, and 9/11 inaugurates a reign of fear and terror, his emotions, from desire to despair, begin to emerge unbidden. These birth pangs of humanity send Damien on a mordantly comic, darkly suspenseful quest from the Americas through Southeast Asia in the company of an expatriate colony with too little to lose - including values - until violence comes to claim him as one of its own. No longer a robot, Damien has become a wanted man...

A daring hybrid of adventure, verse, and travel fiction, framed by a chronicle of self-revelation
in a pitch-perfect voice for the post-millennium, A CRASH COURSE ON THE ANATOMY OF ROBOTS
heralds the return of a novelist of impressive literary gifts.

The book is available in Kindle, Smashwords, E-Books, and goodold fashioned Print 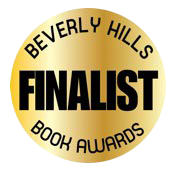 Acclaim for A Crash Course on the Anatomy of Robots

"Evans’ most recent novel, Damien Wood and his expat friends discover that humanity is a fragile thing, especially when held up against the vicissitudes of a generally uncaring universe... a clear-eyed character study emerges, brimming with warmth and sympathy"
–Kirkus Reviews

"It’s dreamy, funny and eclectic — a kitchen sink kind of a novel in which reference material, journal entries, bite-size chunks of narrative and poetic observation boil up in a postmodern typographical barrage that captures well the sensory overload hitting Damien Michael Wood as he reels from the agonized death of his mother."
–Cambridge Day

"...unlike anything you’re likely to have read. Kent Evans’ talents as a poet and musician lend themselves to a narrative that is both lyrical and immediate; further, he possesses a rare voice: one that is wholly original – and that will speak to, and perhaps for, his generation."
–Hartford Books Examiner

"Like the robots in his title, Kent Evans’ new novel is an ingenious mash up of well-oiled parts. A melding of bildungsroman, trippy travelogue, journal entries, and song lyrics, A Crash Course On the Anatomy of Robots is the story of a young man grieving the loss of his parents. Wrenching, insightful, and wholly original, this book beats with life, fueled by Evans’ wry wit, poet's eye, and generous heart."
–Jillian Medoff, author of I Couldn’t Love You More and Hunger Point

"A Crash Course On the Anatomy of Robots reads like a collision between Hunter S. Thompson and Pico Iyer. Expect to be surprised."
–Elana Bell, author of Eyes, Stones, winner of the 2011 Walt Whitman Award

"Crash Course travels on the wings of poetry, autobiography, relationships and humor to cross-examine modern reality and cultural rebellion. Stemming from a lyrical voice, the chapters range dizzyingly from a desire to handle real objects, real people and real experiences to the realization of its actual impossibility. Humans, robots, love, music, and the globe collide and ultimately develop into a rich, lively and stimulating inquiry into existence itself."
–Inés Ferrero Cándenas, author of Gendering the Marvellous and El Caracol de Arena.

"Kent Evans has blasted the picaresque novel into the 21st century, melding sex and travel with some seriously roguish suspense."
–Stephanie Elizondo Griest, author of Mexican Enough and Around the Block

"Gonzo word artist Kent Evans sets the words a-kindle, running the line where they turn into music, spinning the tale of his character Damien out along the frayed edge of being. A harrowing, smart, lyric report for our time."
– Tony Cohan, author of Valparaiso, Opium, Native State, and On Mexican Time

"A step beyond where Malas Ondas left us, Robots is a thick, compelling and spiraling journey with a fearless writer. I wanna say 'flawed' in the right way here...like heroic but not as sexy. Crash Course is Evans' successful foray into what today's fiction needs - a skillful mash-up, if you will, of genres. He deftly mixes the scientific, travelogue and confessional into an original narrative style."
–Kevin Brink Nielsen, author of Club Fascistland and the upcoming Lightweights of Babylon